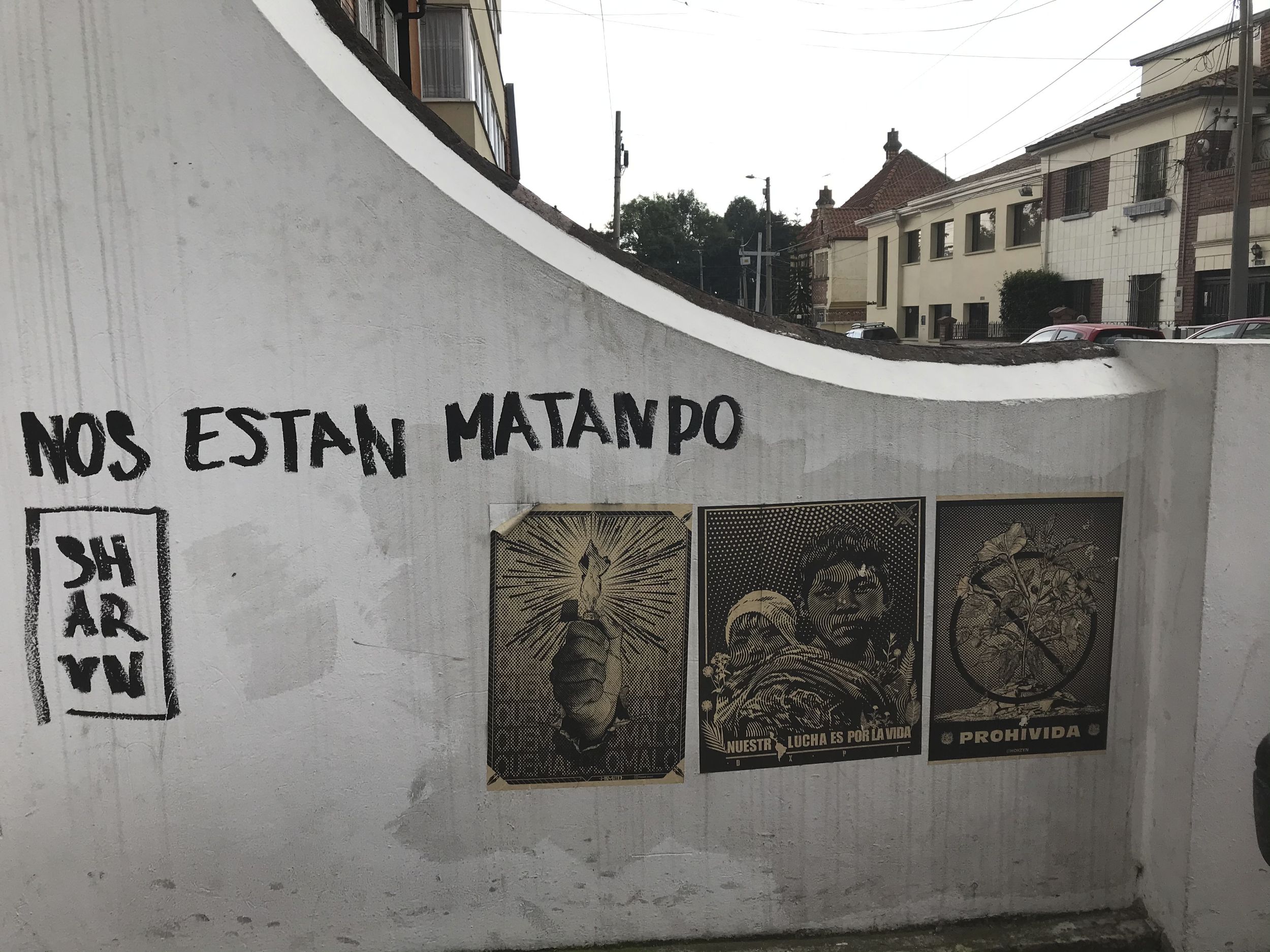 The conflict between leftist guerrillas and state security forces and their paramilitary allies has claimed more than one quarter of a million lives over the past half century, mostly civilians.[1]  In that same time, more than seven million Colombians were displaced from their homes, with hundreds of thousands fleeing the country altogether.  The Peace Accords signed between the government and the FARC in late 2016 have transformed politics, but not reduced incidents of violence against activists and their communities.  In fact, the incidence of death threats and targeted assassinations has increased.  In the past five years Colombian human rights groups have counted hundreds of murders of social leaders, many of whom were directly involved in the implementation of different aspects of the Peace Accords, or mobilized to defend territorial rights.[2]  Much of the post-accord violence has targeted persons of African and Indigenous descent in resource-rich rural areas of the country.  It is against this backdrop of fear and systemic repression that the criminalization of protest in Colombia must be analyzed.

[2] While the calculations vary somewhat, there is a consensus amongst all government and non-government sources that cases of intimidation and murder have risen sharply since 2016, with no signs of abatement through the first months of 2020.  https://www.semana.com/nacion/articulo/asesinato-de-lideres-sociales-uno-por-dia-en-2020/648542.