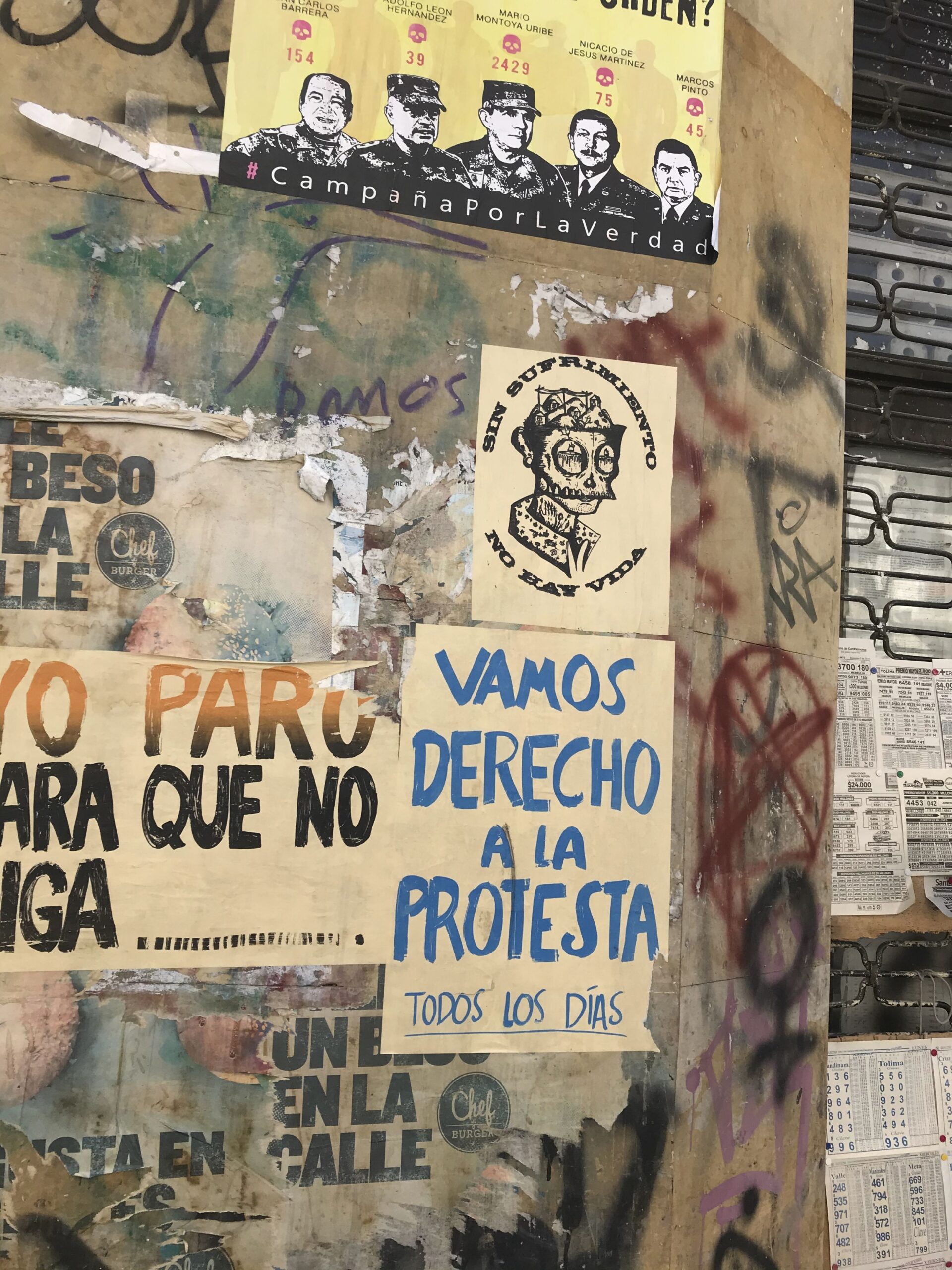 The criminalization or protest has a long history in Colombia.   The use of legal measures to quell participation in social and political movements has been implemented as part of the “national security” counterinsurgency doctrine embraced by Colombia and many other Latin American governments during the Cold War.  In the past years, with the waning of counterinsurgency dogma, the judicializacion de la protesta has become one of the central modalities of the official repression of social mobilization, and is the focus of this project.

The consequences of criminalization cannot be easily separated out from the consequences of multiple forms of violence and exclusion in Colombia that have disproportionately impacted workers and peasants, women, Black and Indigenous people, members of LGBTQ communities and other groups.  The legal tactics employed by Colombian authorities against protest movements and social leaders have mainly been carried out in the midst of internal armed conflict.  Therefore, there exists in Colombia a mutually constitutive dynamic between the perpetuation of war and the suppression of civil and political rights. The long-term effects of the criminalization of protest include economic, political and social marginalization, as well as a wide range of repressive.